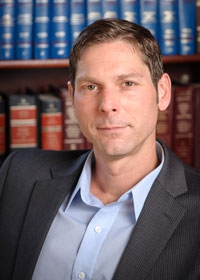 I was born and raised in a factory town in upstate NY. It was a place in time where a person could leave high school and be certain to find a job in a manufacturing plant, buy a home, raise a family, put children through college, and fund a retirement. Memories of that idyllic space in my life inform my professional existence. It was only after I left for college and returned home that I saw firsthand that the assumptions we make about life, what we are told by the media and our elders, our expectations for the future, none of it is guaranteed and none of it can be left to chance. What had happened was that the economics of this country changed. The factories downsized and then closed. I saw friends of mine who chose not to go to college struggle in poverty. I saw friends of my parents lose work, leaving their families in ruin. Those memories endure to this day and I often think about those friends of mine, some who failed or are still struggling, and some who moved on, adapted, adjusted to a changing economic climate.

I earned a bachelor’s degree in psychology with a minor in philosophy. During those undergraduate days, I also carried a double major in biology. Doctor? Lawyer? Psychologist? I wasn’t sure what I would become. I enrolled in law school still uncertain what my profession would be. I viewed the law as the clearest way to help people. I earned my Juris Doctor degree from Syracuse University while working full-time nights and weekends as a mental health counselor at a hospital.

I have learned to value customer service not as a ‘goal’ but as a method to reach all the other goals.

After law school, I worked as a psychiatric counselor at St. Joseph’s Hospital, in Syracuse, NY. Those were good years. I did good work helping people from many cultures and socio-economic status. I served on the hospital’s ethics committee, weighing in on policy decisions and participating in critical incident evaluations. I performed my professional mental health duties in the hospital ED, inpatient mental health unit and in the community. Working in different areas of the hospital and with differing levels of professionals, I learned to value customer service not as a ‘goal’ but as the method to reach all the other goals.

When I decided that it was time to change careers from mental health to law, I also decided that it was time for a geographic change. My best friend lives in Portland. She knew enough about me and I knew enough about Portland that the choice was simple. In the summer of 2008, I left Syracuse, NY in a rusty Ford Explorer and headed west. Everything that was important to me fit in the back … and I could still see out the back window. I came here by way of N. Carolina, Tennessee, Arizona, and a bunch of stops along the way, all the while studying for the Oregon Bar. Doesn’t every Portland transplant have a car story?

Portland has been good to me. All of my dreams have come true, maybe not on my schedule, but through hard work and determination, I have achieved everything I set out to do. I was admitted to practice law in October 2009. During the lean years of the recession, I had the opportunity to continue working in mental health for Central City Concern, a wonderful and powerful organization. I took every opportunity to volunteer my legal expertise to give back to this community. I took cases for Legal Aid Services and I worked in their Senior Law Clinics. I volunteered as a family lawyer for the St. Andrew Legal Clinic. I participated in environmental activism with Water Watch of Oregon. I served on two committees with the Multnomah Bar Association: The Young Lawyers Section and the MBA Group Insurance Committee. I served as a volunteer clerk with the Oregon Tax Court, Magistrates’ Division. Most recently, I was elected to serve on the Oregon Bar Solo and Small Firm Executive Committee.

In the community, I am a member of the City Club of Portland and I spent two years as the chair of their Business and Prosperity Issue Forum.

I opened my law practice in Goose Hollow in July 2014. I converted to a completely mobile and paper-less practice in 2015. In 2017 I opened up a second law practice in the coastal community of Toledo, OR. I divide my time between Portland and the coast.

When I’m not at the work, I’m on a sailboat somewhere or running on trails with the dogs. Call me. Let’s meet for coffee and we’ll talk, we’ll share some wisdom. I like people and I like solving puzzles. My goal is to create for you a plan that increases your wealth and maximizes your sense of security and preparedness throughout your working life.